A self-proclaimed “data nerd,” Ajjit Narayanan, C’19 worked on an urban analytics project through Wharton Social Impact’s WISE Fellowship throughout his time at Penn. Seeing tangible social impact outcomes, he decided to make the project the basis for his senior thesis and career.

Tell us about your path at Penn.

“Early on in my years at Penn, I took a couple of really cool urban studies and city planning classes and thought I could see myself doing this for the rest of my life. So, I became an urban studies major and along the way I also discovered that I had a passion for statistics and math.

At the end of sophomore year, I was trying to find an opportunity on campus that combined the two. I heard about the ‘Urban Analytics’ research projects through the WISE Fellowship with Wharton Social Impact, and that sounded like exactly what I wanted to be doing—the  intersection of city planning and data science.”

Tell us more about the Urban Analytics research.

“Led by Professor Shane Jensen, the Urban Analytics research projects focus on how we can make neighborhoods more vibrant. Urban vibrancy is a concept in urban studies—how certain neighborhoods and certain communities are connected. And you can measure that in a variety of ways, like health, safety, and crime outcomes.

What specific project did you work on, and why did it interest you?

“The focus of my work on this project was vacant lots. Philadelphia has a large inventory of vacant lots — around 40,000 of them — mostly due to de-industrialization and depopulation from the city. When people left the city, they left their homes and empty plots of land behind. Philadelphia is trying to determine how these lots can be more productive and valuable spaces for the community.

One thing the Philadelphia Horticultural Society does is turn these vacant lots into mini public parks. They throw out the trash and debris, plant some grass and trees, add a low wooden fence, and it becomes a green space that community residents can use however they see fit.

I grew up in the suburbs of San Francisco where green space was abundant. I didn’t really realize the impact it had on me until I moved to Philadelphia. It was my first time living in a city and I realized that green space is a lot more limited in cities. Even when there are big parks, they’re concentrated in parts of the city that are usually richer and whiter than other parts of the city. For many residents in Philadelphia, green space can be hard to come by.

Vacant lots are mostly in poor and low-income neighborhoods.  What happens when these neighborhoods have access to green space that historically wasn’t there? I thought it would be interesting to analyze the impact of vacant lot greening.”

What data did you analyze?

“We pulled data from the Pennsylvania Horticultural Society which is the organization that does the actual vacant lot greening. Professor John MacDonald in Penn’s Department of Criminology gave us a list of lots that they’ve greened in the past 20 years. We also pulled crime data from the Philadelphia Police Department. Then, we pulled data on the location of all vacant lots in the city from the Philadelphia Licenses and Inspections Office.

What did you find?

“Our biggest result was that greening seems to have a significant negative impact on particular non-violent crimes—robberies, thefts, and crimes of that nature. And that makes sense because robberies and thefts are place-based opportunity crimes. If you have lots of green space and people out and constantly monitoring the street, those kinds of opportunity-based crimes are less likely to happen because there are more witnesses.”

Why did you decide to make this project and this work your thesis?

“I really care about equity in cities. A lot of city planning revolves around how to make the lives of its residents better, and how to address inequities that have existed historically.

I decided I wanted to make this my thesis because one, I thought the work was important, and two, Penn is a national leader in this research surrounding vacant lots. There’s research on the mental health benefits of vacant lot greening and how it affects residents who live in the neighborhood. There are also criminologists at Penn (like Professor John MacDonald) who have analyzed how vacant lot greening has affected crime from older data. So, there was a lot of institutional knowledge I could draw upon.

Professor Shane Jensen gave me the idea to make this my thesis. I asked him to be my thesis advisor, and he wholeheartedly agreed. He was as open and as inviting as a faculty advisor can be, and a great research partner.”

What got you excited while working on this project?

“If you walk around neighborhoods in West or North Philadelphia, you’re bound to run into one of these vacant lots. About a month after starting my fellowship, I was walking right by campus around 44th and Walnut, and I saw a vacant lot that’s since been turned into a community garden.

And I thought, ‘Hey, this is literally one of the lots in my dataset that I am working with.’ It was a great example of how communities could come together because it was a community garden. There’s also a rotating summer library there that people could put books in and take books out. It was really energizing to literally see the places I was studying, and see the impact they’re having in the community.”

Why are you passionate about this work? Why should others care?

“City planning as a field is very important to the development of cities. As more and more people are moving to cities, cities have to contend with how to actually plan for the influx of people and how to make city services available and equitable for all. That’s a hard process. A lot of municipal governments have traditionally made city planning decisions kind of ad hoc, or based on different, non-standardized analyses.

“Our ultimate goal is that, by analyzing these types of public policy programs or place-specific interventions, we can go to city governments and say, ‘Hey, these are the policies that are working in these neighborhoods, and here’s how they’re working. Here are some of the ways that these policies are limiting, or can be made better.’ I hope that the work I’m doing is work that governments will hire jobs for. The ideal goal is to have city governments hire people to do this exact job.”

How does data allow us to better understand the cities informing these social impact policies?

“I think data is a good way to see, on aggregate, how neighborhoods are changing, or how policy proposals are affecting neighborhoods. But it is also important to understand the limitations of data in advancing goals related to equity and social justice.

A good example is the crime data that we were using from the Philadelphia Police Department in our analyses. It’s basically wherever the police record a crime or an arrest. In theory, it should tell us about where crimes are occurring in a city, but in reality, it’s telling us about where crimes are occurring and also where police are patrolling in a city. It’s not a true objective measure of crime.

Communities that are over-policed tend to be in low income and black and brown neighborhoods, so those are also the communities that show up most often in police crime data.

So, it’s about understanding the limitations of the data, but also using it to identify broad aggregate patterns that hopefully will illuminate some light on inequities. Data is limited by the people and the processes through which it’s collected.”

How has the Urban Analytics project positioned you for other internships or job opportunities?

“I got my last internship (and now my job) because of the skills I learned directly through this program. Last summer, I worked as a data science intern at the Urban Institute, a nonprofit research organization in D.C. They’re doing research on the future of cities, how cities are changing right now, etc.

As a data science intern, I analyzed the impact of demographic and geographic bias inside municipal government datasets. The work I was doing with Philly municipal government data sets (such as analyzing bias in the location of vacant lots, looking at the impact of vacant lot greening on crimes) positioned me well for that internship. I recently signed a job offer to work there because the work was really interesting to me. It’s a natural continuation of the work I was doing here at Wharton Social Impact. So, in a lot of ways, the WISE Fellowship directly prepared me for internships and my job.”

Why should someone apply to this WISE Fellowship opportunity with Urban Analytics? To WISE in general?

“I think the best part about the WISE Fellowship is the community. The people you meet here are people who are also going to be interested and invested in social impact. And in the Urban Analytics project, people are going to be interested in social impact and data. I’m not saying that there aren’t a lot of us, but finding those other people at Penn can be difficult. WISE makes it super easy to connect with and become friends with those people while working with super supportive staff.

If you’re at all interested in how cities are planned and how cities are designed, and if you’re a data nerd, this is the perfect place to be. You’re going to learn the perfect mix of technical skills and also meet people who are passionate about the same things you are. And they’ll direct you to resources and opportunities that can further your career goals, or your personal goals, in a way that I think no other place at Penn can do.”

WISE Fellows come from every college and corner of the University and can include undergraduate students, master’s students, and doctoral students. They work on real-world research and consulting projects to scale the social impact of their client’s business. Clients may be impact investors, entrepreneurs, researchers, for-profit companies, or nonprofit organizations. 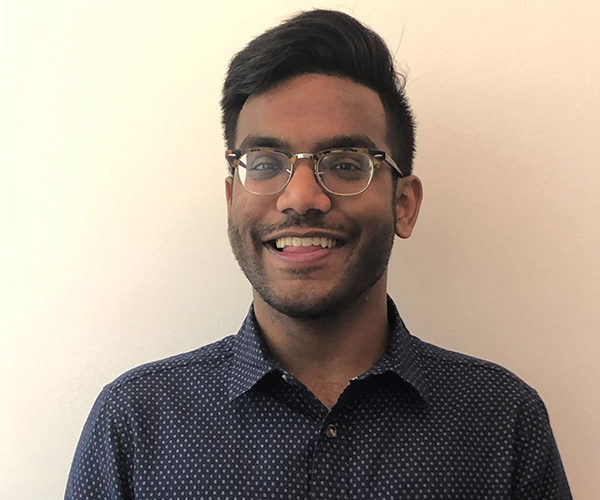