Sophomore Serena Bia, C’18, reflects on her summer experience managing a rooftop farm in Detroit, Michigan where she conducted research on how to maintain an economically viable small urban farm. Her work was supported through Wharton Social Impact Initiative’s summer internship funding. 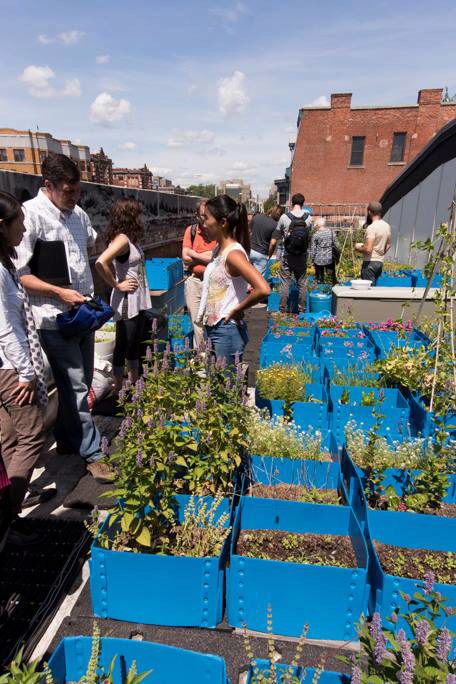 Detroit is no longer a one-industry town relying on automobile production—the agricultural industry is flourishing.

In addition to the conventional agricultural economy, farmers markets and corner store grocery stations have populated the city, with a new wave of specialty stores such as Whole Foods moving in as well.

Though in the past Detroit was known as a “food desert,” there’s been a promising shift as increasing numbers of produce venues and urban farms are replacing empty lots and abandoned buildings. The agriculture industry now contributes $3.68 billion annually to Michigan’s economy each year and employs over 36,000 workers.

While managing a rooftop farm located in this multicultural city, I noticed three unfortunate observations that helped changed my perspective as I embarked on an invigorating, passionate summer internship.

First, I learned there are a large quantity of unemployed small urban farmers. Second, there seemed to be an apparent lack of ethnic produce for immigrant families and cultural communities. Third, there was no market incentive for the few ethnic supermarkets that existed to provide high-quality, affordable fresh ethnic produce due to the little market competition.

I thus created the idea of ROOTS, a socially-responsible produce subscription box that could address access gaps for both producers and consumers in Detroit’s urban farming industry.

The value proposition is to employ marginalized small Detroit urban farmers by connecting them with the unmet demands of cultural communities for ethnically unique produce. Through empowering the underemployed farmers and celebrating the diverse palates of the city, ROOTS will become the first ever subscription model to provide marketplace solutions to those consumers and producers who have been overlooked by the conventional farming industry.

I spent this past summer mapping out the future of ROOTS, interviewing farmers and immigrant families, creating logic models, and testing out different fruits and veggies. As a resident of Detroit, I believe that the city’s farmers are capable of growing produce that not only allows them to make a viable living, but also contributes to the health and wealth of the entire community. Agriculture can and should be a source of not only money, but wealth and the opportunity for hundreds residents to “get their hands dirty” and interact with their community in a healthful and prosperous way, despite any initial lack in capital, resources, and land. 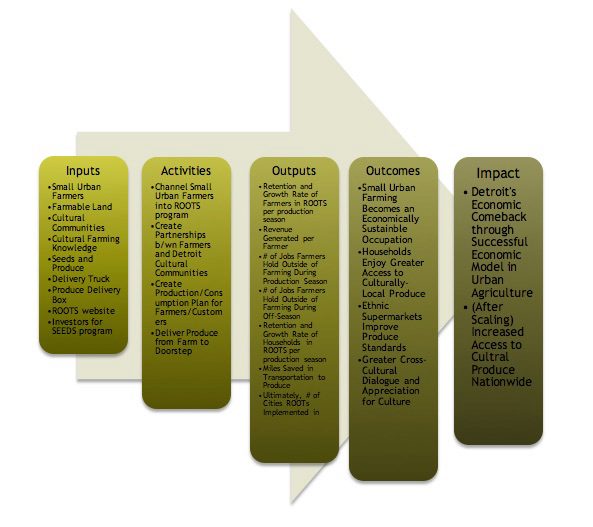 This unique farming experience has exposed me to the true nature of the large disconnect between the producers and consumers of food. I envision a future where we’re able to see and consume food as part of a more mindful process, appreciating the hours of physical labor, miles of transportation, and nourishment from the Earth’s nutrients that have been soaked into our foods. It wasn’t until I began growing my own mixed greens, thus spending hours under a scorching sun tilling soil, laying seed, deadheading, watering, and weeding, did I begin to properly eat and enjoy produce with a higher sense of cultivated gratitude.

Serena Bian is a sophomore in the College of Arts & Sciences at the University of Pennsylvania. With a social enterprise bakery called The Waffle Cookie, she is passionate about applying marketplace solutions to solve food security and food justice issues. She aims to launch ROOTS in the summer of 2016.