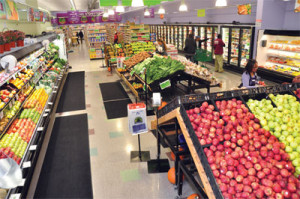 What can a food bank do when demand for food is growing more quickly than donations?

They can start to double-down immediately and squeeze every can or loaf out of the system, but what is the long-term strategy? How can food banks work to eliminate hunger, a complex situation with horrific consequences?

Such was the scenario faced by Philabundance, the Delaware Valley’s largest hunger relief organization and the designated Feed America food bank for 9 counties split between Pennsylvania & New Jersey. Over the last decade the hungry population of this region has continued to grow, even as the amount of food distributed increases. Feeding 72,000 people every week is a massive undertaking, but a meal at time will not meet the vision of “ending hunger forever.” It was time for something new and revolutionary.

In this moment of great organizational challenge, the leadership at Philabundance undertook a unprecedented project: the nation’s first nonprofit supermarket.

Now, the supermarket industry is known for being an incredibly tough sector, so who in their right mind would take a team of nonprofit professionals and jump into the retail industry?

Enter Bill Clark, W’74, the Executive Director of Philabundance since 2001. Under Clark’s leadership and extensive planning and by the help of numerous partners across the private and public sector, the store was opened in the fall of 2013.

Why would a donation-based food bank see value in selling food in a retail setting? Well, this store, Fare & Square, was built in the Chester, a rusting food desert just south of Philadelphia. Food Deserts, as designated by the FDA, are low-income areas where residents do not have access to a grocery store or healthy, affordable food.

In Chester, which was without a grocery store since 2001, many residents were forced to take multiple buses just to find fresh produce. One resident claimed there was only one place in the entire city where you could buy a potato. A situation like this is where you see the growth in hunger. A combination of tough economic times and cuts to government programs have exasperated the difficulty of putting food on the dinner table.

With Fare & Square, area residents finally have a convenient place to get fresh, affordable food. Better still, the center is more than just a grocery store, it’s an integrated program; SNAP outreach, healthy cooking demonstrations, senior programs, and an emphasis on fresh produce are just a few of the many ways Philabundance is leveraging the grocery store to serve the community.

Numerous food banks and other nonprofits across the country are watching closely, eager to see if the store can pan out. Although still operating in the red, the store has been dramatically improving, and it is still quite early.

To help achieve long-term success, I spent my summer at Philabundance documenting and preparing materials for Fare & Square. I worked to prepare an operations manual for the store. This is a quite complex task, and I utilized knowledge from every single class I have taken at Wharton. Literally, I ran through a list of classes to see if I was missing any departments of the store. Accounting? Check. Management? Check. Legal information? Check.

I think the biggest advantage from my education was knowing intimately how businesses operate. Combined with my knowledge of social impact I was able to help influence future plans for using the store to effect change within the community. I was lucky enough to spend my summer at Philabundance, an organization that’s driving innovative solutions to hunger by looking beyond the next meal. It’s going to take more than food to end poverty, and Philabundance is not afraid to tackle the problem head on. 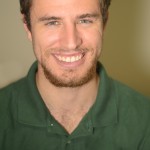 Micah Sandusky is a junior in the Wharton School at The University of Pennsylvania studying public policy and international development. He is interested in exploring the ways governments can partner with organizations to create impactful, flexible solutions to societal problems.