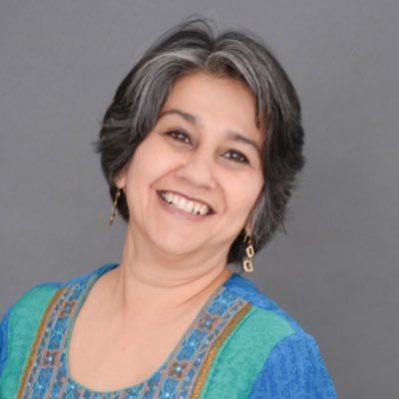 Mallika Dutt, Founder of Breakthrough, joins host Laura Zarrow, Senior Director of Wharton People Analytics, for an episode of Women@Work, a series that explores how women can join, stay and succeed in the workplace.

Mallika Dutt is a human rights pioneer whose work has focused on fighting violence against girls and women. She shares her journey as an activist and social entrepreneur, and shares the ongoing challenges in protecting women and girls from sexual abuse and domestic violence.

She realized that currently, society “deals with violation and problems after the fact. We are dealing with how we’re going to respond to violence, but not about how to prevent violence from happening in the first place.”

When asked about her experience with working with women who are committed to fighting violence against girls and women, through another campaign “Ring the Bell,” Dutt said, “many of the women we worked with started saying to us: what about the men? It’s not possible to prevent violence against women unless we transform the norms that lead men to be violent in the first place.”

Dutt also believes that individuals who want to become engaged or start a movement towards gender equality must “take the risk. It doesn’t matter if you don’t’ know what you’re doing- you’re not going to learn how to do it if you don’t’ try.”

This audio originally aired on Channel 111 on SiriusXM, Business Radio Powered by The Wharton School.