We often hear that “us young people” find it too hard to get up early in the morning. Although it might be slightly difficult to wake up in time for a 7:45am work-related event, the inconvenience pales in comparison to the chance to get to watch fun presenters and producers make a live radio show—at least it did for us two summer fellows who attended the latest “Dollars and Change” Wharton Social Impact Initiative show hosted by Sherryl Kuhlman and Nick Ashburn on Sirius XM’s Wharton Business Radio.

The entire experience felt very authentic. We were in an actual studio complete with a studio booth, impressive sound equipment, an “on air” sign that lit up when the show was in progress, and hosts who instantly adopted a studio announcer voice once they were live. Despite the early hour, there was no dearth of liveliness. Watching the hosts dance, confined to their chairs, when music during a break came on was definitely worth having to get up early in the morning

Fun, games and professionalism aside, we learnt a lot from Thursday’s show. The show featured four segments with three guests and highlighted varied efforts within the sphere of social impact. We found that overall, each guest and speaker seemed to emphasize the importance of the consumer when doing social impact or creating a social enterprise. They believe it is imperative to fully understand the consumer and stay focused on serving the consumer through different stages of growth.

For the first segment, Stephanie Kim, WSII’s Manager of Community Impact, highlighted a number of recent news issues in the industry. She spoke about the Ford Foundation’s intention to divert its grants to combat inequality; 18F, a hip new digital services agency housed within the US federal government; and the inefficient state of the recycling industry. We learned that consumers become worse recyclers when provided with larger bins and that recycling companies do not have the infrastructure to process the fast-changing materials used to package products today.

The first guest on the show was Tara Russell, the Global Impact Lead for Carnival and founder of Fathom, Carnival’s new social impact cruise. The cruise is a seven-day excursion between Miami and the Dominican Republic with four days spent in the DR doing community service with partner nonprofits.

Russell’s goal is to integrate impact and a focus on the Dominican community (through Dominican menus, etc.) throughout the entire trip. She believes creating a positive social impact experience for consumers is something that consumers want, a powerful way to make change, and a chance for customers to be involved in Carnival’s tradition of good work.

The next guest on the show was Matthew Sharpnick, CSO and Co-Founder at Elefint Designs, which is a B corporation certified strategic design studio that does marketing and branding for socially aware companies, which he believes need specific and targeted marketing to convey messages that can often be challenging to express. Elefint sees design as an important step towards effectively engaging the target audience. It tries to capture the essence of organizations by having them evaluate themselves based on their goals and the needs of their consumers rather than on the demands of their funders in order to create a more relevant experience for consumers.

We’re having bagels this morning. Dave Fine of @Schmearit explains running a food truck w/ a cause pic.twitter.com/hBAUsFxSl4

The last guest on the show was Dave Fine, the Founder of Schmear It, a bagel food truck operating around Philadelphia, including on Penn’s campus, that donates a portion of sales to a new local cause every two weeks.

“The truck doubles as a grassroots fundraising and marketing platform for local nonprofits,” helping to raise funds and increase exposure for its featured organizations. “We’re a fan of social business models that empower customers as do-gooders just through their purchasing decisions, and we want to bring the concept into the food industry,” writes Dave on the official website.

Armed with bagel samples for the whole team, Dave recounted his experience creating the food truck, highlighting his desire to bring something new and different to the food scene while fulfilling a very real need. He also spoke about the importance of having a business model when starting out (although a daunting task), to determine the mission that drives one as a company — but he urged entrepreneurs to be willing to adapt that when necessary.

In all, witnessing the Sirius show from behind the scenes was an inspirational experience and a good reminder that the consumer needs to remain a fundamental part of a social enterprise. 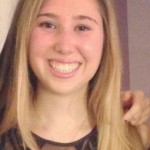 Samantha Klein is a rising senior in the college majoring in Health and Societies. She is a member of the Turner Social Impact Society and is excited to be spending her summer as an Investing in Women Fellow at WSII. 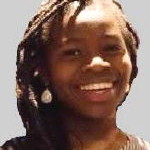 Lynette is a rising junior in the College of Arts and Sciences trying to decide on a major. When she is not doing that, she can be found working hard in the Wharton Social Impact Initiative office, or going on water breaks (because she decided to drink more water this summer…)