Philadelphia, PA, December 19, 2014 – The Wharton School of the University of Pennsylvania announced that Jonathan Greenblatt, currently Special Assistant to the President and Director of the White House Office of Social Innovation and Civic Participation, will serve as a Senior Fellow at the Wharton School starting in January.  Greenblatt will work with the Wharton Social Impact Initiative and lecture on campus for the remainder of the 2014-2015 academic year.

Greenblatt was named last month as the new national director of the Anti-Defamation League (ADL). His service at the ADL will begin in July, 2015.

“We are delighted to welcome Jonathan to Wharton,” said Geoffrey Garrett, Dean of the Wharton School.  “He brings a unique perspective on innovation and leadership, enriched by a rare combination of experiences at the highest level of government, business and the nonprofit world.  We are excited to have him on campus to work with our students and faculty.” 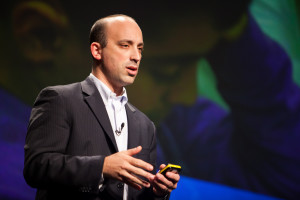 Greenblatt is considered one of the leading experts in the country on social innovation and shared value.

He is a serial social entrepreneur who started or scaled several successful ventures.  Among his accomplishments, he launched Ethos Brands, the business that launched Ethos Water, the premium bottled water that helps children around the world get clean water.  The company was acquired by Starbucks Coffee in 2005. Greenblatt was also the founder and CEO of All For Good, the open source platform developed to enable more Americans to become involved with community service. In 2011, All For Good was acquired by Points of Light, an organization dedicated to volunteer service.

Greenblatt formerly worked as CEO of GOOD Worldwide and served as a longtime member of the faculty at UCLA before joining the Obama Administration in 2011.

Greenblatt is expected to lecture on a number of topics at Wharton including impact investing, shared value, social entrepreneurship, cross-sector leadership, and nonprofit management and strategy.