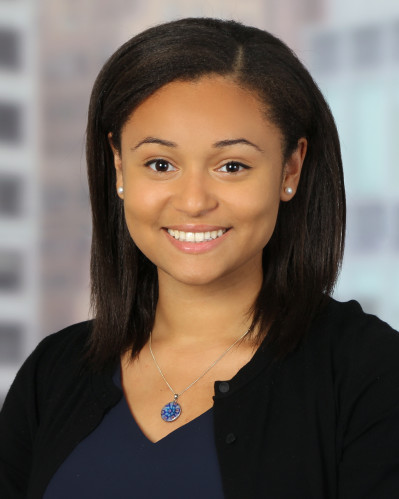 Adebisi Ogunrinde, a Penn senior from Halifax, Nova Scotia, has won a Rhodes Scholarship. She is one of 11 recipients from Canada. Ogunrinde will pursue a masters in social anthropology and a masters in public policy at the University of Oxford.

Ogunrinde will graduate from Penn’s Huntsman Program in May 2016 with a dual bachelor’s degree in international studies from the School of Arts & Sciences and in economics from the Wharton School.

She is also a second-year member of Wharton Social Impact Initiative’s Turner Social Impact Society. The society is a community of undergraduates united by their shared passion for making a difference, and their commitment to gaining the skills and knowledge to do so.

“We are thrilled that Debi has been awarded a Rhodes Scholarship. Her involvement in social entrepreneurship and engagement is already making a difference locally and globally,” said Penn President Amy Gutmann. “Debi’s brilliance combined with her determination and passion for others are evidenced in her research on discrimination against South African Rastafarians, her social impact research project in Lagos, Nigeria, and her volunteer work to assist West Philadelphia community members gain financial literacy and college application skills. The Rhodes will help her make an even greater impact on the world, and we couldn’t be more proud of her.”

Ogunrinde continues to pursue her interest in competitive debate at Penn, something she has participated in since high school when she led the Canadian national debate team and coached the Zimbabwe national debate team. She also conducts additional research for the Wharton Zicklin Center for Business Ethics Research as part of the Ideas for Action team in collaboration with the World Bank.

Rhodes Scholarships have been awarded by the Rhodes Scholarship Trust since the death of Cecil Rhodes in 1902. Penn student Ellis T. Robins was among the first group of Americans named as scholars in 1904.

The Rhodes Scholarship provides for two or three years of study at the University of Oxford. Students are selected on the basis of a combination of intellectual excellence and personal character.