This year, the Turner Social Impact Executive Speaker Series is pleased to invite Vincent Stanley, Director of Philosophy at Patagonia, to the Wharton School.

Penn/Wharton students will have the opportunity to hear from Stanley in a fireside chat with Bobby Turner, W’84, CEO of Turner Impact Capital. Stanley will also lead discussions in Professor Deborah Small’s “Marketing for Social Impact” course (MKTG 266).

Stanley co-authored The Responsible Company with Patagonia Founder Yvon Chouinard and has been working with the company since its inception in 1973. He has served in various roles at Patagonia such as Head of Sales and Marketing and Chief Storyteller. Stanley is a current visiting fellow at the Yale School of Management and lives in Santa Barbara with his wife.

Since 2010, the Turner Social Impact Executive Speaker Series, funded by Bobby Turner, W’84 and Lauren Turner, W’85, has brought in high-profile speakers to Penn’s campus to discuss impact investing, philanthropy, education, and other approaches to creating positive change in the world. Previously, the program has hosted guests such as Andre Agassi, Eva Longoria, and Ashton Kutcher. 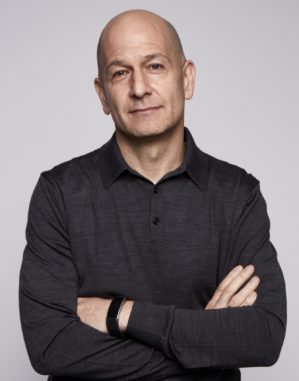 “Businesses prioritizing impact are not just doing the right thing, they’re doing the smart thing. Patagonia is a great example of a company that makes impact a part of their mission,” says Bobby Turner (pictured to the left), host of the Turner Social Impact Executive Speaker Series. “Storytelling is a powerful learning experience, and I’m proud to bring impact leaders to campus through this Speaker Series to inform and inspire Penn and Wharton students.”

We look forward to welcoming Vincent Stanley to campus on November 13th!