Corporations are increasingly tackling social issues head on.  How can they do so in a way that is at once authentic to their identity and value-creating for their shareholders?

In this interview, Wharton professor Mary-Hunter McDonnell describes the impact corporations can have on social issues and the role shareholders can have to influence their involvement. Applying this learning on anchor companies in urban areas opens up a vast array of possibilities for a city. 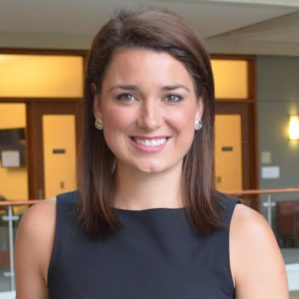 What is corporate sponsored activism?

I study how companies interact strategically with activists and also act like social activists. In building my databases about activist confrontations, I ran across a number of examples of companies using what are typically considered by sociologists as “contentious activist strategies,” such as sponsoring boycotts of problematic industries or regions and trying to pressure regulators in those areas to solve social problems.

I think most of the corporate sponsored boycotts I’ve studied, if not around a supply chain issue, are around a symbolic issue.  Companies are engaging primarily with issues that give them brownie points when they need them. If there is a geographic focus, they tend to focus more on their headquarter or supply chain regions.

What are some examples of corporate sponsored boycotts?  Are they effective?

Walmart sponsored a large-scale campaign pressuring Uzbekistan to regulate so that children weren’t involved with the cotton harvesting season. They actually successfully signed enough US companies onto this boycott so that they basically completely stopped importing Uzbek cotton into the US for a time until Uzbekistan did, in fact, decide to regulate and make sure that children weren’t out in the fields harvesting.  I think Walmart and the other companies involved realized that with their collective purchasing power they can fairly easily pressure entities to change.

There’s another example in my data of Nike sponsoring a campaign with Greenpeace against Brazilian cattle herding companies that were cutting down swathes of the Amazon. And so Nike signed onto this boycott along with companies like Harley Davidson to stop importing leather from the region until they changed this practice.  What the very diligent reporter reported, however, was that Nike basically was not using any leather from the region to begin with.  Who was using leather from the region was Adidas, their primary competitor, and so they were using this campaign to win social points without actually changing their supply chain at all, and making Adidas look bad.

How can companies engage in social issues in ways that are authentic and impactful as corporate entities?

The process of engaging in the instrumental tactics around corporate sponsored activism actually changes companies in important ways.  Companies actually change their governance structures in ways that make them more attuned to social issues, such as adopting a corporate social responsibility committee in their board of directors.  These people have the management’s ear and are looking out for what are likely to be important issues for the company.  And so they become companies that are more likely to proactively respond to these kinds of problems.

Companies are also bringing in people from the non-profit and public sectors to lead these campaigns.  One of the companies I interviewed hired a team of people from large environmental NGOs to help them in an environmental campaign.  After the campaign was finished the people stayed, and so the company essentially created this permanent arm from the activist world.  These individuals were doing the same things they had done for their NGOs, but now using corporate resources.  More importantly, the people around them in the company who had never interfaced with the social sector to date were suddenly exposed to the “NGO logic” and started to actually buy into the social impetus for these actions rather than just the strategic impetus.

How do companies navigate the public skepticism that comes from so many examples of greenwashing, pinkwashing, and generally inauthentic campaigns?

In the management world we tend to assume that if companies are doing significant corporate social responsibility, they’re reporting it.  Whether or not people believe them is a different story.  Trust in corporations is at an all-time low right now.  I think it’s in part because companies are getting their hands dirty in politics, which stains their public reputations because people already aren’t trusting politicians.  Companies are really struggling with this because if people are skeptical of the good work that they’re doing then they’re not going to be driving the same strategic value from those activities.

Are the campaigns actually effective?

I think a lot of the prosocial claims made by the companies I study are indeed just cheap talk.  And unfortunately it works; just a little seems to go a long way.  If a company is being protested against in something really significant to its fundamental strategy, it would often do a CSR activity in a strategically different area to divert attention, such as donate to the Boy Scouts.  And people would, in fact, give them credit for it!

Walmart has had a terrific problem with labor for years.  The issue of not allowing unions is fundamental to Walmart’s core strategy and not something they could really bend on.  So, they haven’t really worked in that space to become more socially responsible.  Instead, Walmart had a very significant environmental campaign and because of that I think the typical consumer thinks of Walmart as a better company and doesn’t worry about labor issues as much.  People want to buy Walmart products—they’re cheaper—and if they can find one good thing about the company they are willing to overlook some other things.

Can corporations get involved with politics and policymaking?

When companies are socially protested they become less able to access and influence politicians, because politicians are worried about reputational spillovers.  So that suggests there is a powerful public solution to corporate social problems insofar as companies want to be able to call politicians and influence them.  Social activists can use this leverage to actually get companies to listen to them and sit at the table with them.

There was an example of Target’s political spending strategy in California when the state was considering Proposition 8.  Target was interested in lowering its corporate taxes, so they were funding a lot of conservative politicians and not thinking about how their political speech wasn’t only saying “we want lower taxes” but also saying “we’re supporting Prop 8”—just by virtue of the coupling of those issues along party lines.  And so then they were subject to boycott by large LGBT groups and ultimately realized their error because the anti-gay marriage policy wasn’t aligned with their public image.  They have a fairly progressive public image and so had to make recompense for their political strategy.

Companies have also started weighing in on civil rights and constitutional law issues via amici filings (‘friend of the court’ briefs) for the US Supreme Court.  Anyone can submit these filings, but it’s expensive because you need to hire a good attorney to write an opinion about how you think the Court ought to interpret an issue.  For example, Coca Cola filed an amicus brief sharing its support for affirmative action in universities, arguing that the practice would create a better prepared, diverse workforce that would benefit their company.

Is there role for corporate activism in urban areas and particularly for issues facing urban areas?

This is at the core of the debate for Friedman-type economists: do companies actually indirectly lift up the most impoverished just by being the most efficient they can be?  I’m not sure.  Unfortunately it’s harder to just throw money at inner city issues.  And it doesn’t help that things like poverty don’t map onto the consumer profile for many companies, so they’re not so worried about it because it’s not something their shareholders will value.  I think once shareholders do start caring about issues like education and racism—and I certainly think they’re the most important issues—then the companies eventually will.

Interview by Stephanie B. Kim, MPA’16, previously published on the Urban Impact Scaling Lab, a project of the Wharton Social Impact Fellowship.