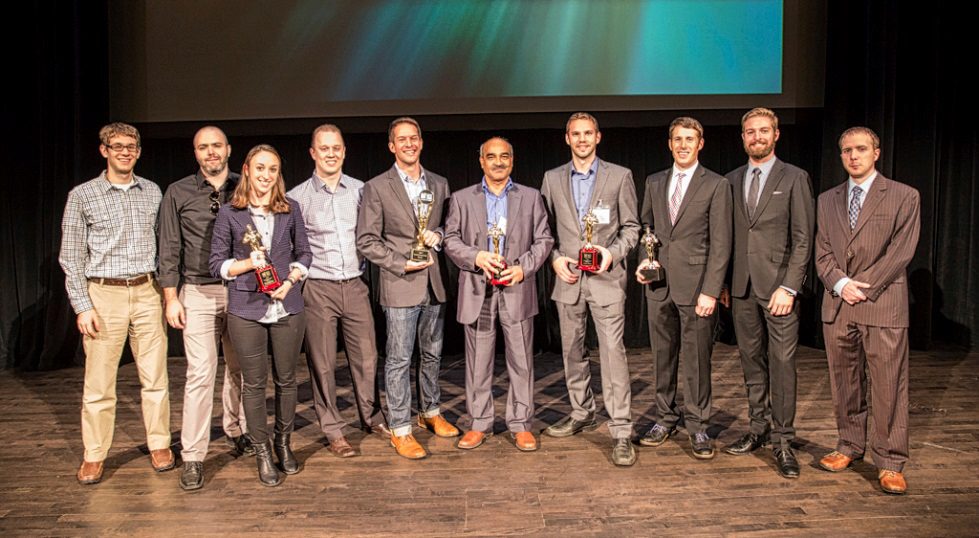 Last month, I had the opportunity to see companies from around the world unveiling breakthrough developments  through the Cleantech Open, the world’s largest accelerator of early-stage clean-technology companies.

Cleantech Open Board Member Ron Lusk invited several Wharton Executive MBA students from the San Francisco campus to the Cleantech Open Global Forum, where we would witness the announcement of the global winners of the the National Accelerator, Global Ideas competition, and Global Cleantech Innovation Program.

Throughout the week event sponsor GSV Labs hosted competitions, investor networking, and keynote speakers at their sprawling facility in Redwood City, California, where they accelerate startups in high-growth, high-impact fields such as ed-tech, big data, mobile development, and sustainability.

I had a chance to sit down with GSV Labs CEO Marlon Evans and talk with him about GSV’s social impact investing strategy. While accelerators like Y Combinator and 500 Startups are already famous in the Valley, GSV is quickly building a reputation as the leading incubator of socially and environmentally driven startups. Evans was also on hand to Thursday evening to accept the Partner Award for their work supporting social impact and ongoing support of the Cleantech Open community.

I ran into Executive MBA students Rob Sarver and Kristin Kahn at the awards reception where members of the Cleantech Open board were saying that Cleantech Open US Accelerator alumni companies have raised in excess of $1.2 Billion in external funding over the past decade – an astounding number.

We also met the winner of this year’s event, Tank Utility of Boston, who was awarded the Grand Prize of $200,000. Tank Utility has developed an innovative technology that monitors propane tank levels to reduce the high delivery costs of delivered fuels. They provide a low-cost, easy-to-install, internet-connected smart monitor for fuel tanks. In true leadership style, CEO Amos Epstein gave all the credit to his team back in Boston who were still hard at work while he flew out to accept the award.

The community participation was impressive. Ashley Grosh, Vice President of Environmental Affairs at Wells Fargo, announced an additional $500,000 of financial support to the Cleantech Open accelerator. I was also excited to hear Ira Ehrenpreis, Managing Partner of DBL Partners, give an inspiring keynote to announce a new $400 million fund recently raised by DBL Partners to focus on funding startups that have a positive social or environmental impact.

Having previously worked with Professor Katherine Klein, Wharton’s Vice Dean for Social Impact, I knew she would be excited when I shared an update on Wharton’s continued involvement in social impact and impact investing on the West Coast. “I’m excited to see increased involvement from Wharton students who really want to take on social impact as a personal mission, and I’ve been pleased to see this activity accelerate from Rwanda to Philadelphia to San Francisco [this year],” she said, noting that she looks forward to continued activity in 2016.

As a group we took away an opportunity to expand our involvement not just with social impact, but specifically to expand our relationships with other leaders in the field we were able to meet through this great event.

Jon Jones is a San Francisco Wharton Executive MBA 2016 candidate with a passion for Social Impact. He has spent his career based in Silicon Valley, most recently as an Entrepreneur and Startup Advisor, and prior to that leading Sales, Marketing and Customer Success teams for high growth technology companies.