Two social impact summer Fellows tuned in to the latest episode of “Dollars and Change,” and shared their reflections.

This week’s show was hosted by Sherryl Kuhlman and Sandi Hunt. Guests included Daniel Korschun, Assistant Professor of Marketing at Drexel University; Fam Mirza, serial entrepreneur and founder of Mirza Minds; David Gloss, CEO of Here’s My Chance; and John Miller and Lucy Parker, co-authors of “Everybody’s Business: The Unlikely Story of How Big Business Can Fix the World.”

Rolling into work well before 8 a.m. definitely wasn’t easy… but we strapped on our headphones and got our notebooks ready to listen in on “Dollars and Change,” the Wharton Social Impact Initiative’s weekly show on Sirius XM’s Business Radio channel powered by Wharton.

As first time listeners, we didn’t know what to expect, but before we knew it the two hour segment was over and we left impressed and excited about what we had just heard.

It wasn’t the typical dry, quantitatively-driven business-speak; instead, we listened to real, relatable individuals sharing their stories and wisdom related to social impact and making it seem achievable for all.

After interning for FastFWD for a few weeks now, we understand the scope of social impact in the business world, and we have seen that incorporating social responsibility into the missions of corporations has become increasingly widespread . The guest speakers on “Dollars and Change” explored how genuine and sustainable these efforts are to tackle major societal problems – or, as guest Fam Mirza explained, to “target the major afflictions of the world.”

Some points really stuck with us:

Enthusiasm comes from the top down: The first guest, Daniel Korschun, explained that social impact efforts within companies promote a sense of unity and incentivize employees to commit themselves in the workplace.

However, we were surprised when he also pointed out that this effect is greater when employees see genuine involvement and interest in social impact projects among the leadership of the company.

In order to foster an authentic desire for impact, Korschun advised executives to “start with what you want to achieve as a business, and then see if social responsibility can help drive any of those goals.” For example, it’s not about having a technology company’s employees work at a soup kitchen (while that would be admirable); rather, it’s about choosing an effort that is pertinent to your business so you can make a greater impact. So, that same company could alternatively have their employees volunteer to teach coding in the Philadelphia public school system – an effort that would be both tech-related and impactful.

Big business can be a force for good: Two other guests on the show, Lucy Parker and John Miller, took this idea a step further by debunking the negative connotation often associated with big businesses. Parker and Miller are co-authors of “Everybody’s Business,” a new book about harnessing the power of big business as an engine for positive social change.

They argued that many companies have recently made great strides in integrating sustainable practices into their traditional operations – including those who may have made missteps in the past. Simply by altering a few processes in their operations, companies can go from negatively influencing communities and the environment to having a positive social impact.

Find your own way; don’t reinvent the wheel: David Gloss, CEO and Co-founder of Here’s My Chance, reiterated the other speakers’ beliefs that companies should look inward to include socially responsible initiatives into their practices.

He offered some encouraging parting words to entrepreneurs hoping to make a social impact, stating, “What you’re doing is good enough,” which really resonated with us. In a society that so frequently emphasizes the importance of making a profit and maintaining an image, it was refreshing to hear this social enterprise marketing guru encourage individuals to keep things simple and to remain honest.

So perhaps, creating a social impact is not as much about “incorporating” new impact efforts, as we initially thought, but rather about organically expanding what companies already have.

We loved it when Gloss went further to say, “It’s not about being hip, it’s about being relevant… relevance is timeless, and being hip is a fad.” We continued to reflect on his statement after the show. Although social impact is certainly “hip” in today’s business environment, it may not be structured to be relevant to every company’s existing operations.

By looking internally to influence environments externally, companies can make social impact relevant to their practices.

Every company has the potential to generate a positive social impact; it is all a matter of where this impact will stem from and who it will reach.

As undergraduate students, we saw these messages as pertaining to our day-to-day lives. Even if you aren’t a savvy entrepreneur, an executive at a large company, or a superstar volunteer, any individual can look to their talents and see how they can apply their abilities to make an impact.

Overall, we had a great time during our first experience in the studio. Not only was it a nice change of pace in the office, but we got to listen in on some really compelling individuals that opened our eyes to a different view on social responsibility. 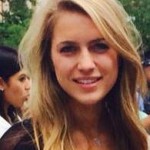