Chris Marvin, WG’11, was serving as an aviation platoon leader and Blackhawk pilot, deployed to combat operations in Afghanistan, when his helicopter crashed.

During his recuperation stateside—which involved 10 surgeries and thousands of physical therapy hours—he received a letter from an organization, thanking him for his service with a $5oo check. But Marvin didn’t want charity — he wanted to make a difference. He donated the money to the local food bank, and was inspired to a new life of service.

During those steps forward, Marvin also found his love of marketing at Wharton—accidentally.

At the end of his first year in the MBA program, he lost in the bidding for most all of his first-choice courses and was left holding one class entering his second year. He ended up taking several marketing courses—so many that he earned a second major in marketing (his first being management) and ended up at a dream job.

He knew that he wanted a fulfilling job, and when he began to explore a nonprofit career path, he realized he could be the MBA at whatever nonprofit organization he joined.

That organization was Be The Change Inc., which is dedicated to creative, positive cultural change through broad, cross-sector collaborations, in turn strengthening democracy.

He joined after graduation as the director of civilian-military partnerships for ServiceNation, the first campaign of Be The Change. ServiceNation’s goal is to bring together the civilian and military communities through volunteerism and make service a national priority.

His role expanded in 2012 when a new campaign was rolled out of his current operations. Called Got Your 6, a military term meaning “got your back,” the campaign seeks to bridge the civilian and military communities with the assistance of other veteran-focused nonprofits and the entertainment industry. 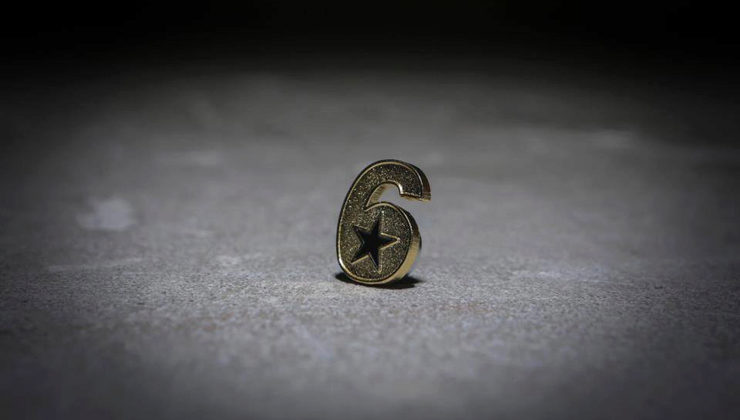 Marvin sketched out the three strategies to accomplish the Got Your 6 goals. First is more awareness about the opportunities for civilians to empower returning veterans. This is where the entertainment business comes in. It helped create a buzz when Tom Hanks wore a Got Your 6 pin at the 2012 Oscars, Jay Leno on his late-night show and Carson Daly during The Voice.

The goal is to show veterans not as “broken” or needing assistance—a common misperception—but as leaders and civic assets.

He talks of the “perpetual map.” Marketers typically try to move perceptions of their products up and to the right on such maps—toward more favorable consumer impressions and away from reality. Vets currently inhabit an area down and to the left in perception, and Marvin is attempting to ground impressions more in reality.

“There is no vet unemployment crisis, no vet homeless crisis, no vet post-traumatic stress disorder crisis,” he argues. Essentially, vets are poorly marketed.

Second is an activation campaign, where Got Your 6 will team with nonprofits working on “audacious goals” within one of six pillars: jobs, education, health, housing, family and leadership. Next, Got Your 6 encourages public engagement by offering 24 ways for individuals to share in the “service and sacrifice” of their armed services, says Marvin.

The message resonates not just with vets but businesses and civilians. Marvin oversees a $1 million operating budget, but Got Your 6 has granted more $3 million to the nonprofits working on the six pillars. Much of those funds came from a Macy’s donation of $3.4 million last year. The funding has so far translated into 119,000 veterans being hired, 19,912 being housed, and 1.5 million hours of veteran volunteer service, among other accomplishments.

This story was originally published on whartonmagazine.com on Nov. 11, 2013. For the full story by author Matthew Brodsky, visit the Wharton Blog Network.