A reverse vending machine that provides transit credits in exchange for recyclable goods.

An immersive, cross-cultural exchange and language learning program that doesn’t require a passport.

A grassroots anti-smoking movement to improve the health, environment, and brand of a city.

A network of rooftop gardens connecting corporations with communities.

These are four ideas that were pitched to a panel of judges not by experienced social entrepreneurs, but by teams of Philadelphia-area high school students. These students—relative strangers to each other—had 45 minutes to come up with their vision, and just five hours to turn it into a cogent, shark-tank pitch for grown-ups.

And, the real kicker: they couldn’t use the internet. 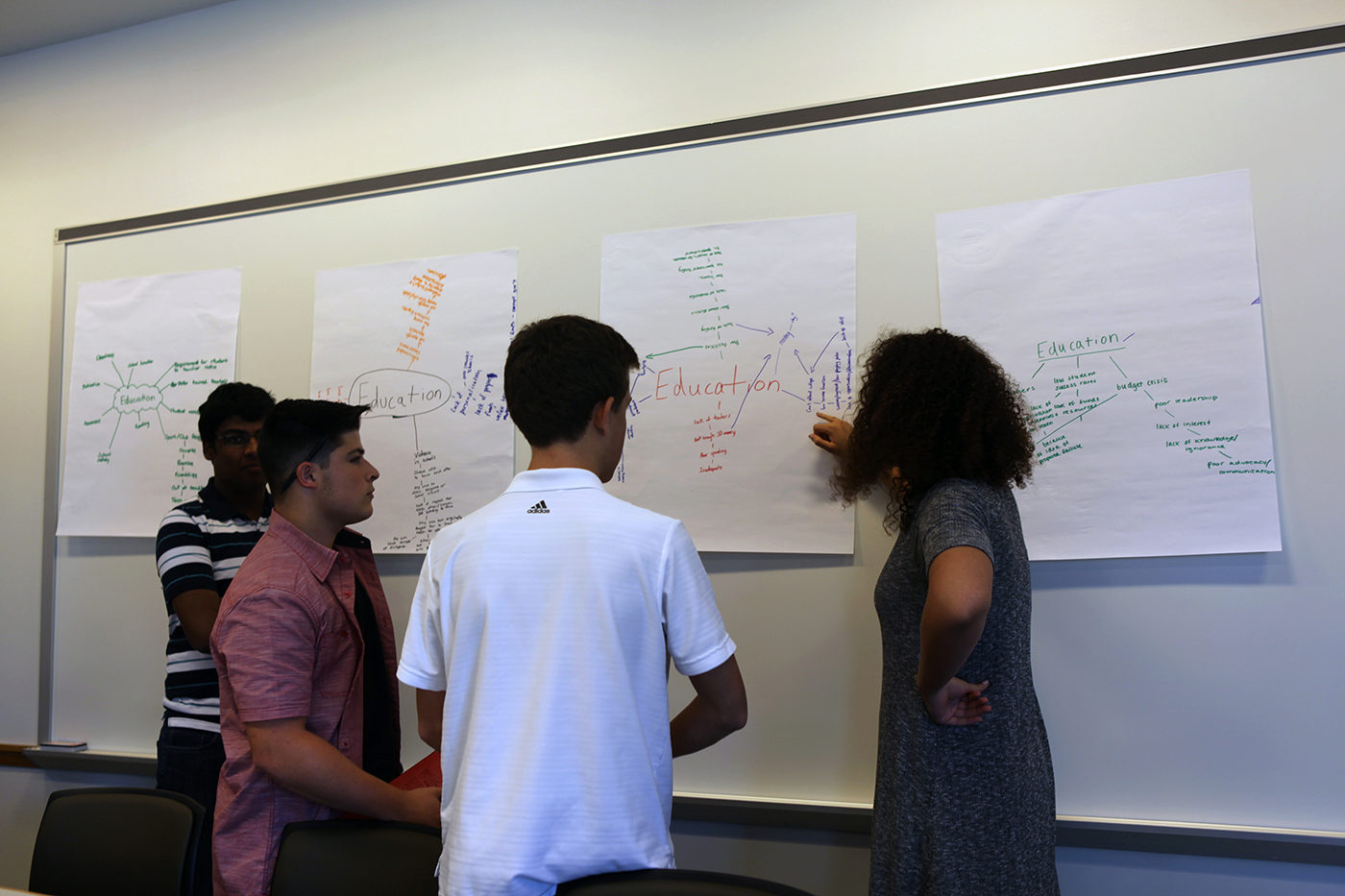 What’s this all about?

Early this August, Wharton Social Impact Initiative led a week-long “boot camp” program as a part of the Germination Project, and I along with my colleagues had the privilege of guiding these 16 students through this training intensive that covered leadership, social change, and entrepreneurship.

Throughout the week, the Germination Fellows also got to hear inspiring stories and sage advice from Dr. David Fajgenbaum, Councilperson Helen Gym, serial entrepreneur Rudy Karsan, and members of Dilworth Paxson as their honed their ideas around social impact and entrepreneurship.

Many entrepreneurship training programs take a short-term outcomes approach; the end product for each participant is a high quality pitch for a fully-developed concept that can be taken straight to a panel of eager investors. My colleagues and I decided to turn that model on its head and designed the boot camp curriculum to focus on the process of social change rather than the outcome. We used the shark tank event at the end of the week as a learning tool rather than as a goal.

Through the years, I’ve worked with more aspiring social entrepreneurs than I can count. Admittedly, some of those interactions were discouraging—while in most cases one can tweak a business model to improve the financial sustainability or scale of impact, I’ve found it much more difficult to guide entrepreneurs who’ve compromised their sense of open-mindedness, humility, and empathy through the process.

With that in mind, our goal was that students would leave not only with a stronger understanding of change-making strategies, but also with a deeper understanding of themselves as change-makers. With team-building activities, public speaking training, and values exercises accompanying workshops on design thinking, theory of change, and pitch preparation, we ended up with much more than that. 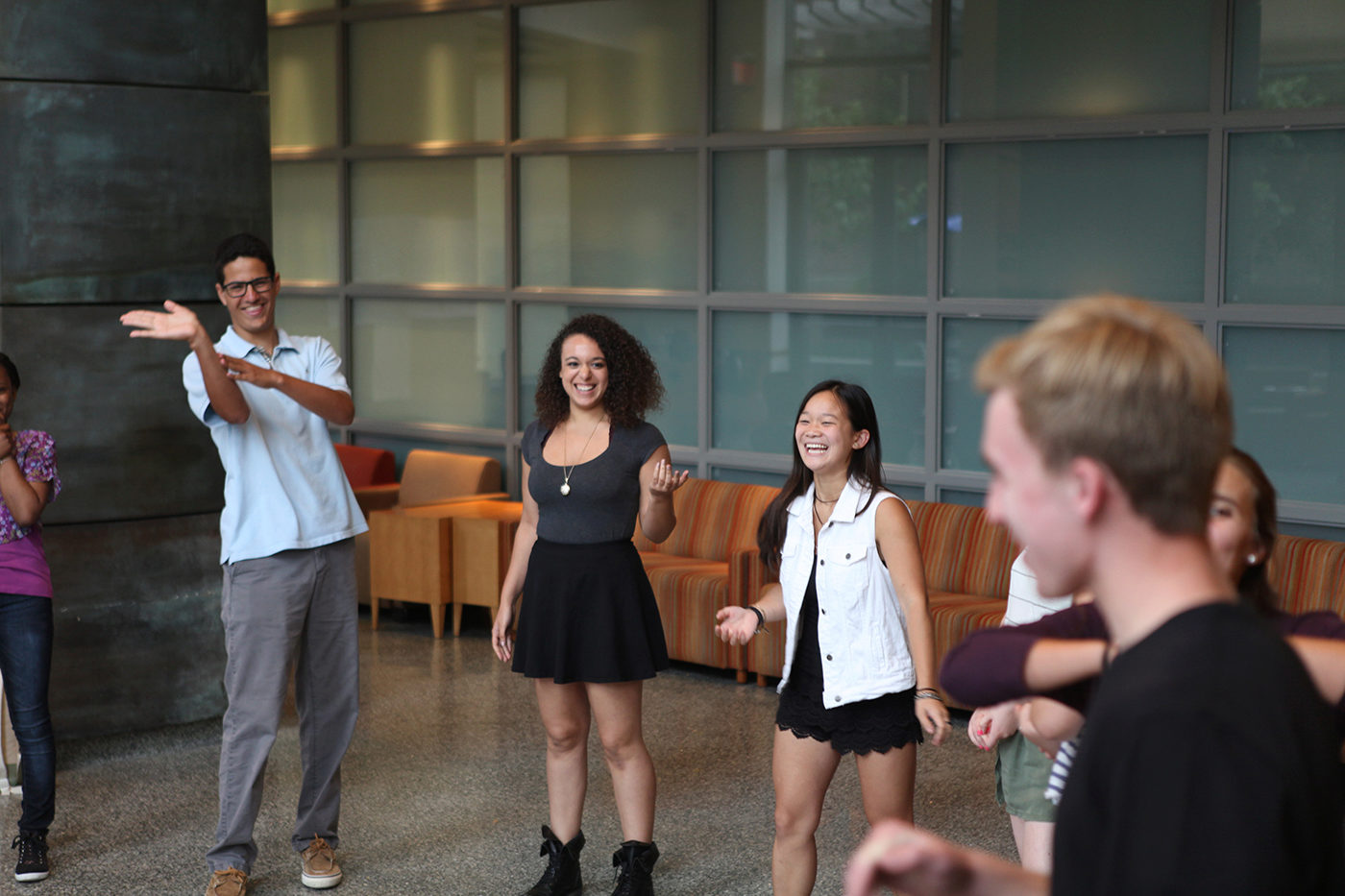 For one activity, we had students step into a circle when they identified with a series of phrases about social change. The phrases started off easy, with statements like “I am an activist,” and then increased in complexity to ones like “I feel that people living in developing countries generally need more help as they are facing more serious problems than people in the US.”

Each time, we told students to go with their gut reaction and to pick a side.

These were difficult, complex statements for high school juniors to grapple with, and we planted one particularly polarizing one in the list: “I feel personally complicit in injustice.”

When we read it out, one student stepped into the circle while the rest of the cohort remained in the margins. I remember the look on his face when he realized that he was the only one who agreed to the statement and then questioned whether he interpreted it correctly. I remember the moment when all of the other Fellows watched with bated breath as he decided to retract his decision and stepped back into the margins.

Watch out, Philadelphia, there is greatness ahead for this guy. 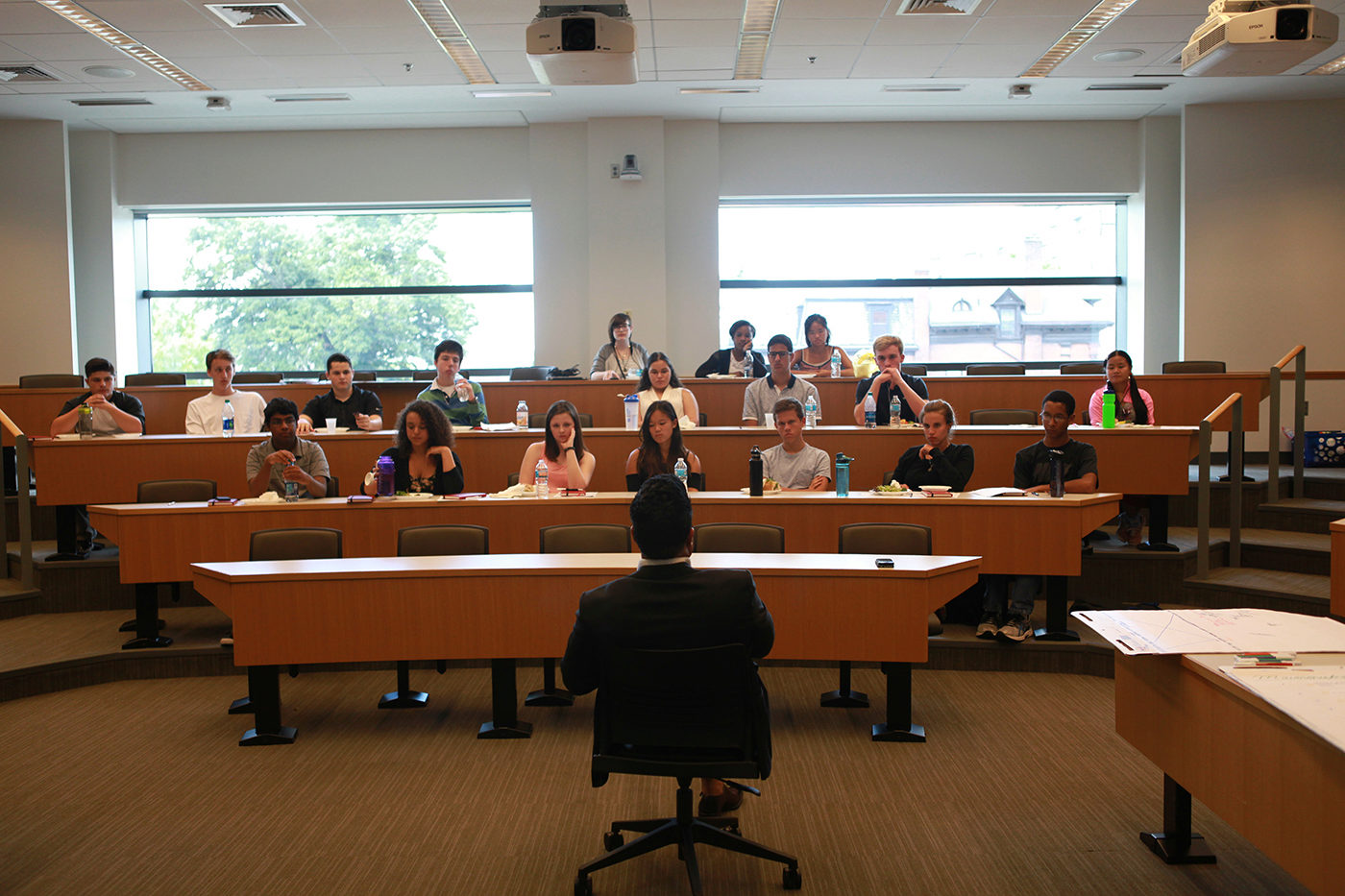 Every single Germination Fellow that week had a similarly explosive moment of personal growth that has left marks on my memory.

Each idea for a social venture earned a gold star in my book, but the quiet student stuck around to write in her journal at the end of each day, the popular student who chose to stop and listen for a day, the dynamic student who realized that great things can come when she doesn’t have to be right all the time—they all earned a gold medal. I cannot emphasize enough how much these qualities matter for change-makers, and for these 16 students, I hope one day they fully understand that as well.

Professionals in the social impact space will often joke about a state of cynicism that occurs when we get overwhelmed by the magnitude of issues in the world that need to be addressed. What I took away from boot camp was more hope for our city and for our future than I had felt in a long time. I can’t wait to see what comes next.

Stephanie Kim, MPA ’16, was the Associate Director of Community Strategy for the Wharton Social Impact Initiative until August 2016. She drew from a background in urban and international development, social entrepreneurship, and volunteer management to lead WSII’s “All In Philadelphia” strategy.