Bob Natiello, WG’56 shares his perspective on how the Wharton curriculum can impact extreme poverty. 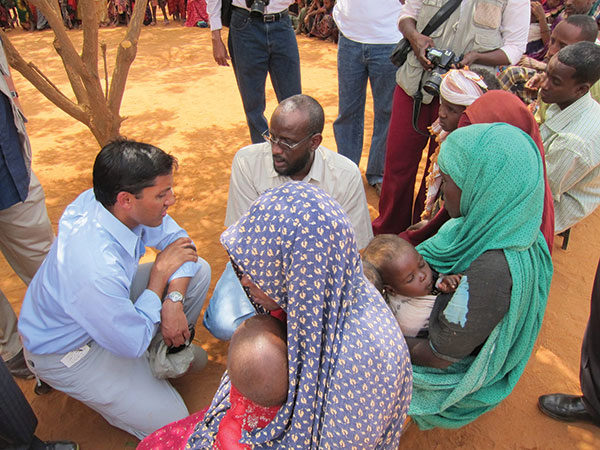 Before 2014 was a month old, philanthropist Bill Gates announced, “By 2035, there will be almost no poor countries left in the world.” Writing in his annual letter, he added, “Poor countries are (not) doomed to stay poor. Incomes and other measures of human welfare are rising almost everywhere—including Africa.”

Speaking at the National Prayer Breakfast, Shah assured President Barack Obama and members of Congress, “We can end extreme poverty for the 1.1 billion people who live on a dollar-and-a-quarter a day.” Even former President Lyndon Johnson, in his 1964 legislation against the “hellish cycle of poverty,” never made such a bold, global statement.

Bill Gates and Rajiv Shah are not strangers to each other. Shah allied with Gates when he joined the Bill & Melinda Gates Foundation before moving into the government sector. Together, they held fast to the foundation’s mission to eradicate poverty in our lifetime.

Today, the 41 year-old Shah leads the U.S. Agency for International Development (USAID). With a yearly budget exceeding $40 billion, USAID and its 10,000 professionals are dedicated to wiping out poverty through their 80 worldwide outposts. To achieve their goal, Shah urged his Washington audience to engage in a team effort.

“Governments can’t do this by themselves. Businesses can’t do this alone,” says Dr. Rajiv Shah. “It’s achievable, but only if all of us—from science, business, government, and faith—come together for the poor.”

Applying its marketing muscle to the problem, Wharton might start with a market segmentation study. To be sure, the extreme poor are all united in their common poverty. But poverty does not make them a homogeneous mass. They vary by race and gender, by whether they live in rural and urban areas, and by ethnicity and customs. Segmenting them according to their traits is the first step toward an efficient application of resources. Segmentation puts a face on the poor. And it leads to effective, personal solutions.

Each segment has its own problems. Through a problem-detection study, Wharton can help differentiate those issues that are most frequent from those that are most serious. Problems that are quantified as frequent and serious would earn top priority and win immediate attention.

This excerpt was originally published on whartonmagazine.com on March 18, 2014. For the full story by author Bob Natiello, visit Wharton Magazine.